L’infirmerie après les cours / After school’s nightmare / Hōkago Hokenshitsu Hey guys ! Today, I am going to talk about my favorite manga ! Yep, even if I am novel’s lover, I am not scornful towards comics and mangas. I … END_OF_DOCUMENT_TOKEN_TO_BE_REPLACED 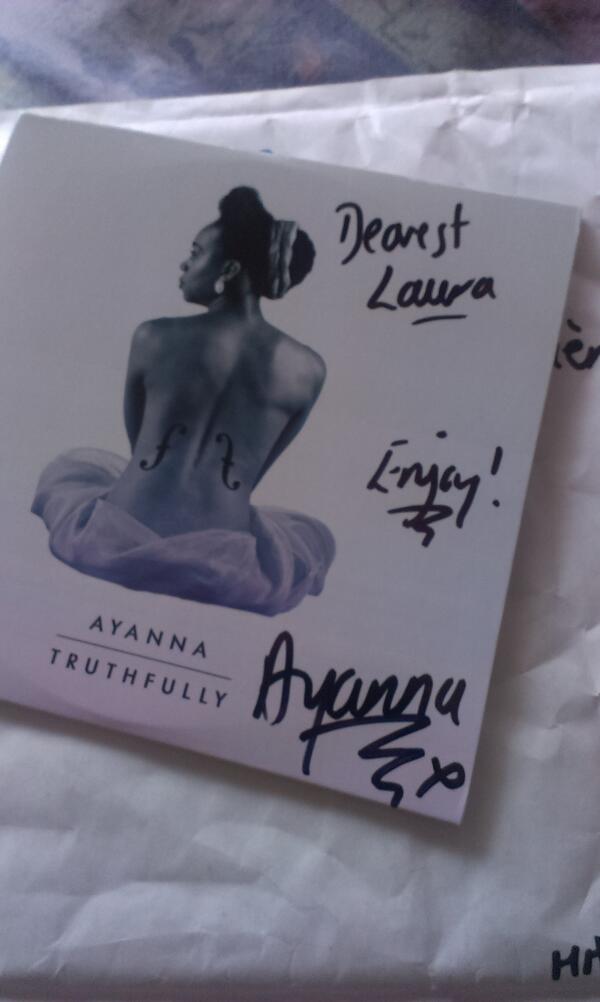 I discovered Ayanna Witter Johnson thanks to Helkinn, and I never got the occasion to talk about her songs. Her style is jazzy, but I bought her EP Truthfully. I listened to her music sooo many times that I had o buy her EP. And the artist is so nice that she gave me an autograph. So I feel like a 5yrs old girl, haha.

Also, I work hard these days. I have some projects to build up, and I am actively on Twitter – don’t really know how I ended up there, haha. And, because you know me so well, I have another travelling plan ! One clue : it’s in the North. And no, it’s not Sweden or Finland haha. In fact, it will achieve all my nordic tour in Europe !

I will tell you more soon or later.

So many troubles in our wonderful word won’t stop me being pedagogical ! Today, I am gonna tell you about this “too often used” sentence :

Today, I am gonna save you from this thought you have when you look at this picture : poetic, sense of tenderness maybe, cheesy moment for sure. …in any case, it sounds nice and noble.

When I was young, I was a in a class which was called  “Class B”. The class B was known for having an intensive and speed program, and I was a part of it. I don’t know if it was jealousy, but my friends were mocking this class, saying that we were the kind of children crying when we had a “B+” or something like that. At the beginning, I did not feel offended, but by and by, I started to be pissed of because, even if those children were not all my friends, it was disrespectful to them an to me. So, one day, I said stop, that they should stop to criticize them just because they were in this class with a kind of “prestigious aura”. And also, that I was a part of this class, so they were insulting me at the same time.

I told thm that whatever they thought, I was a part of this group. It was the first time that I dared to speak truly to my friends. Then, they did not talk to me anymore but I knew they were wrong, because I was just asking them to be respectful and I won’t apologize for that.

Now, let’s replace “class B”, by “black group”/”hispanic group”/”homosexual group”/”women group” and every adjective you want, and you will guess what I am talking about. When you have a black/hispanic/asian or [put an adjective here] friend and you think in your narrow mind, “for you, it’s different” because (s)he is your friend and you like him/her, you pretend to give him a favor.

What’s the matter ? It means that if this person that you like sooo much was not your friend/girlfriend/boyfriend/parent/relative, you would treat him badly. It means that you based your discriminative jokes and comments on ignorance because you don’t know people you talk about; and it means that you choose a group to discriminate.

Yes, Bobby, you are [put a discriminative adjective such as “racist”, “homophobic” etc here]”.

No, it’s not susceptibility when your friend/relative/girl/boyfriend is offended by such comments. And no, it’s neither noble, neither a love proof, to say “For you, it’s different”. It’s not because you treat well your house, that you can disturb the house of someone else, because “it’s different”.

When I woke up, I don’t think about my colors until someone say a joke or comment about black people, or asks me about my origins. Yesterday, I went to restaurant with my family, and i heard a woman wondering why some of us were clearer than others. Uh… Are all of you white like a blank page, with blue eyes and blond hair ? So shut the fuck up.

You, as the author of these remarks, make and underline the differences when people just want to be accepted.

So now what ? Will you change your behaviour or do you need to be discriminated to understand ?

Hi guys ! I don’t know if you read this article about this Western white woman who came to Kenya to challenge her life in a Massai tribe , and if you do not see the problem in that matter, please, … END_OF_DOCUMENT_TOKEN_TO_BE_REPLACED

At an Ohio Board of Education meeting yesterday, Terhar called the novel “pornographic.”

In my master degree, we have to realize a memoire about the subject we want to. I was hesitating between two subjets and one of them is the representation of memory in contemporary literature. I will maybe talk about it here because I finally chose it for another purpose, but when I heard about how Ohio planned to erase “The bluest eye” of Toni Morrison from reading list, I was shoked.

As you know already,I am french and I am surprised to see that a such book may be removed from those list for American people, when even this book has an international impact – until here. Yes, there is a scene of rape, but why should we hide it ? It’s reductive to ban this book for that, it’s not only that. The violence exists and not all people are aware of it.

I jus moved in. New town, new house and alone. It’s a weird feeling to create a new home, to make a neutral place your own. I tried to bring with me pictures, decoration objects, books and so on, but I still feel like a  wave hole, as if  I was walking in a museum, as a visitor, as an host. It is horribly intimidating. Although, the neighborhood and the town itself reminds me my hometown, and I can’t wait to walk around.

Among the administrative things, I surely plan to make from these five days off a good time to know more this city : I think the best way is to behave as a tourist and do some sightseeing, so stay tuned ! Hope to find you some news from this other nice city !